I travelled to Skopje, FYR Macedonia in October 2018. There was very little in the way of tourist info online, so I’ve made a short film to give you a quick 4 minute rundown of the essential things (travel, money, mobile roaming, etc) you need to know about visiting Skopje as a tourist. If you’re looking for handy info the video is the best place to start, otherwise please read on…

Bizarrely, my trip to Skopje began when planning a long weekend in Gran Canaria. Eventually I swapped the Yumbo Centre for the Balkan peninsula once I realised it was half the price for 4 consecutive days of sunshine. Bit more culture too (…sorry, Yumbo).

As a Eurovision dork, the long-winded name of the country has always fascinated me – and it’s the long-running naming dispute which has quite literally shaped the architecture of Skopje.

The ancient Kingdom of Macedonia (Alexander the Great and co) mostly played out in the modern Greek region, but the current FYR Macedonia and its identity came to being when seeking autonomy from within the Ottoman Empire and then furthermore as a constituent part of Yugoslavia.

This meant cultural icons like Alexander the Great, from that specific geographical and historical heritage, became an important method to bolster Macedonian identity and to distance themselves from their neighbours (specifically Bulgaria).

History, borders, people and politics change, blend and mix over the centuries, so it’s one of those on-going arguments where both sides are correct to an extent and nobody wants to back down.

This on-going Greek/FYR conflict wasn’t helped when a previous FYR Macedonian government threw half a billion Euros at an extensive building program, Skopje 2014, which resulted in 128 statues being built across the capital in an attempt to make the city more “classically appealing”. Honestly, you’ll never see a more extensive array of kitsch historical statues anywhere else.

The project drew immense criticism for its revisionist narrative of Macedonian history, which promoted FYR Macedonian identity as an unbroken continuity from the antiquity over the middle ages to the modern times. As you’d expect, this managed to piss off the Greeks somewhat, and FYR Macedonia was now littered with an expensive cluster of statues. And whilst the sculptures are undeniably remarkable, you know what’d be even more impressive? Roads, railways, hospitals, infrastructure, and the investment that membership of NATO and the EU would bring.

All that said, where else has a strobing disco statue of Alexander The Great*?

[*Fun fact: they’re not even allowed to call it a statue of Alexander The Great; it’s officially known as the “Warrior on a Horse” statue… and it’s coming down.]

There’s now a program to remove the majority of the statues, and the current FYR Macedonian government is trying to push through a name change to the snappier “Northern Macedonia”, paving the way for entry into NATO and the European Union.

Hopefully they manage to sort it out soon because with a bit of investment and economic stability, this country has a lot more to offer than just statues.

History lesson over; back to the touristy stuff…

If you’re considering a trip be aware that this is a relatively poor country, so adjust your expectations accordingly. My hotel was billed as 5 star, and in a Going Live “I’d like to ask 5 star why they’re so…!” context it absolutely was. But then we’re back to my first point: this is a cheap, super sunny destination, with a hugely interesting history. The hotel was perfectly fine.

Undeniably 5 star is the view from the top of Hotel Arka. It was mid-October so tourists were thin on the ground, and each evening I had the hotel’s rooftop terrace to myself, enjoying a cold drink as the sun went down and calls to prayer echo’d throughout the old town.

I stayed in the Old Bazaar area. This is home to several active mosques, türbes, churches, plus the Suli An which houses the Museum of the Old Bazaar – though I never got to look inside this as attractions are randomly open or closed dependent on who’s sitting at the entrance and how awake they are.

This was no more apparent than at the tricky-to-find Museum of Macedonia. After wandering around for half an hour, looking for the entrance, someone came running out of a nearby carpark to let me in to the completely unmarked building. They turned on the lights and let me wander around on my own. When trying to leave 40 minutes later, I had been locked in.

Kale Fortress is another great landmark in desperate need for a little bit of vision. The site has been occupied for around 6,000 years, with the fortress dating back to the early Byzantine Empire – not that you’d know, as there is no signage (again, not even to the entrance), tourist information or even a guided path around the site. There’s plenty of dumped furniture and barbwire though.

You might think I’m being harsh with my descriptions but in all honesty this was part of the trips’ charm. Effort had to be made to find things and to delve into Skopje’s history – reading up on attractions over breakfast became a routine, and googling answers over a beer was something to look forward to.

Though some places were easier to find and didn’t need any explanation. Packed with local fruit and veg, Bit Pazar (Turkish for “flea market”) is the largest open air market in the Balkans, and a great place to browse and soak up the atmosphere for a couple of hours.

Another iconic location in the capital, that you absolutely have to visit, is the giant neon cross that dominates the skyline.

The Millennium Cross was built on the highest point of the Vodno mountain and can be visited by a cable car which runs everyday (except Mondays, the last Tuesday of the month and public holidays). To reach the cable car station take the No. 25 for free from the main bus station (though don’t expect the time tables to be 100% accurate).

Aside from the novelty of seeing a giant cross, there are some stunning views at the top. There is an elevator inside the cross but, like most things in Skopje, it doesn’t work. The gift shop and cafe were closed too, but there’s a nice smoothie bar.

More appealing than the selection of smoothies is the range of delicious views from atop the mountain.

Back down in town, the city comes to life in the evening. Two things you should know: firstly, it feels very safe to walk around the city at night (particularly in the old town); secondly, there are loads of great places to eat. From traditional Balkan fare to some fantastic burger joints and Turkish kebab houses – you won’t go hungry. I didn’t have a single bad meal.

And finally, if you’re a nerdy travel completionist like me, the other exciting thing you can do is a day trip to Europe’s newest capital city, Pristina in Kosovo. It’s a 90 minute drive alongside and under parts of the dizzying new valley sky road (R6 motorway Pristina-Skopje).

There are plenty of tour operators who’ll help with this day trip but be aware that your passport will be stamped, and if you’re planning on going to Serbia anytime soon, this could be problematic as they might not let you in. If that doesn’t matter to you, Kosovo is a rewarding visit – Gračanica Monastery is insanely beautiful inside (though no photography is allowed), and the Gazimestan Monument is worth a look in too.

Again, steeped in history, the monument is protected by the Kosovo Police (it was covered in mines as recently as 2000) and marks the Battle of Kosovo 1389. Given the political climate between Kosovo and Serbia, it is a point of contention.

Around Pristina there are several fascinating buildings like the bizarre Palace of Youth and Sports and the multi-domed Kosovo National Library (constantly voted one of the ugliest buildings in the world). There’s also a selection of museums and old Turkish houses – enough things to fill your day before picking up a fridge magnet and heading back to Skopje.

So there you have it – Skopje is a truly charming city, well worth the reasonable cost of flights and accommodation. As long as you keep in mind that this isn’t London, Lisbon or even Ljubljana, you’ll find a city full of sunshine and surprises.

Skopje is absolutely fabulous and I definitely want to go back and continue exploring this hidden gem of the balkans! I’d love to visit Lake Ohrid next.

Visiting the Exclusion Zone – a day trip to Chernobyl 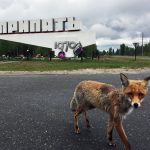 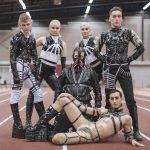