It’s 30 years since Section 28 came into force: a law banning the “promotion” of homosexuality in schools. The legislation ran parallel with my journey through the education system, following me from primary school to sixth form, before being fully repealed in 2003 while I was at university.

As a teen, figuring out who you are is as complex and challenging as one of those massive, gradient jigsaw puzzles that no one of sound mind would ever buy for themselves. Putting it together can be frustrating, but at least you have your friends and family to help with the edges and corners.

Then there are teachers, role models and other adults to watch over and assist with the really tricky bits – except when they’re not allowed to. Section 28 meant that growing up gay in the Nineties was like putting together a 10,000 piece puzzle with no help. In the dark.

I’m tremendously lucky. I had a pretty standard upbringing. No huge childhood traumas. A loving and stable family. My secondary school years weren’t unhappy – I didn’t enjoy maths but I lost myself in art and music. I struggled at French and I skipped PE. A lot.

For the most part, I was OK at being a teenager, but I could tell that something was hidden and I couldn’t quite work out what it was. As a queer adult, it’s beyond easy to look back and identify the signs – but as a teenager, when you’re living through it, it’s difficult to recognise and assess these moments without having something to compare them to. When it came to mainstream role models, LGBTQ+ youths were hardly spoilt for choice.

Perhaps ironically, the only time I remember homosexuality surfacing as a topic at school was during a religious studies session in the mid-Nineties. We loved our RS teacher. He wore those minimalist, retro, browline glasses, and while his default setting was quirky and relatable, he could instantly flick to being a stern figure of authority when we needed that. The kind of pally, likeable character Russell T Davies might create.

He would tell us about his weekend or how he put chilli powder in his love rival’s boxer shorts, and he’d somehow manage to incorporate Britpop videos into his lessons. No mean feat in the era of fridge-sized wheely TVs and well-worn VHS tapes.

An impromptu screening of Blur’s “Girls and Boys” (“Girls who are boys who like boys to be girls, who do boys like they’re girls who do girls like they’re boys”) struck up questions about being gay. This is the only time I remember a teacher-led class discussion about sexuality.

One piece of information stuck in my head: Mr Spex told us that roughly 1 in 10 people turn out to be gay, and so by extension, in that class of 25 kids, two or three of us would too.

Was this true? Which of us would be gay? How would we know? When would we find out? Was someone gonna tell us, or…?

It caused a sensation in the playground. It felt taboo and quite exciting – we’d gone off script with teacher and we all wanted to know more.

But because of Section 28, there was no continued discussion, nowhere to ask further questions, and no signposting to books or people that might have been able to help with our curiosity.

So what could have been the start of a genuinely helpful, controlled and more involved dialogue, soon degenerated into regular schoolyard gossip and opportunities for bullying fuelled by stat-based evidence. As a one-in-10, it feels like a missed opportunity.

Things eventually clicked for me during sixth form. Chatting with my then-girlfriend about a mutual mate, she turned and asked, “Do you think he’s gay?” – to which I replied, without hesitation, “Nah, if anyone’s going to turn out to be gay it’s probably going to be me.”

I remember vividly the look on her face, as she was clearly more aware of the implications of what I’d said than I was myself.

It got easier. The late Nineties and early Noughties saw queer identities splashed across our screens and magazines like never before. The internet became a lifeline for any questions I had.

And my knowledge of good sexual health is owed to the incredible outreach work of charities like Terrence Higgins Trust, who made sure their messaging reached us Section 28ers through advertisements, magazines and posters in gay bars. But why wasn’t I taught any of this in school? Why did I have to needlessly struggle to piece together my sexuality?

And what about those of us who never quite sussed it out? Again, I feel tremendously lucky. I know that there are ex-classmates of mine who struggled then, didn’t come out, and still battle with their sexuality today. All because their reality wasn’t presented as a valid lifestyle: one as worthy as any other.

This is why it stings every time a politician dodges a gay sex question or bemoans “identity politics”, or when I’m reminded of the fact that there’s not an openly LGBTQ+ player in the Premier League.

Refusing to accept, embrace and celebrate queer identities can be just as damaging to a young person’s sense of wellbeing as explicit, overt homophobia.

This was first published on 24 May 2018 (the 30th anniversary of the introduction of Section 28) over at The Independent. 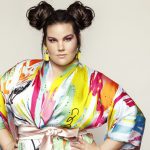 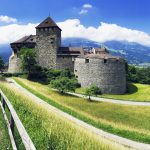